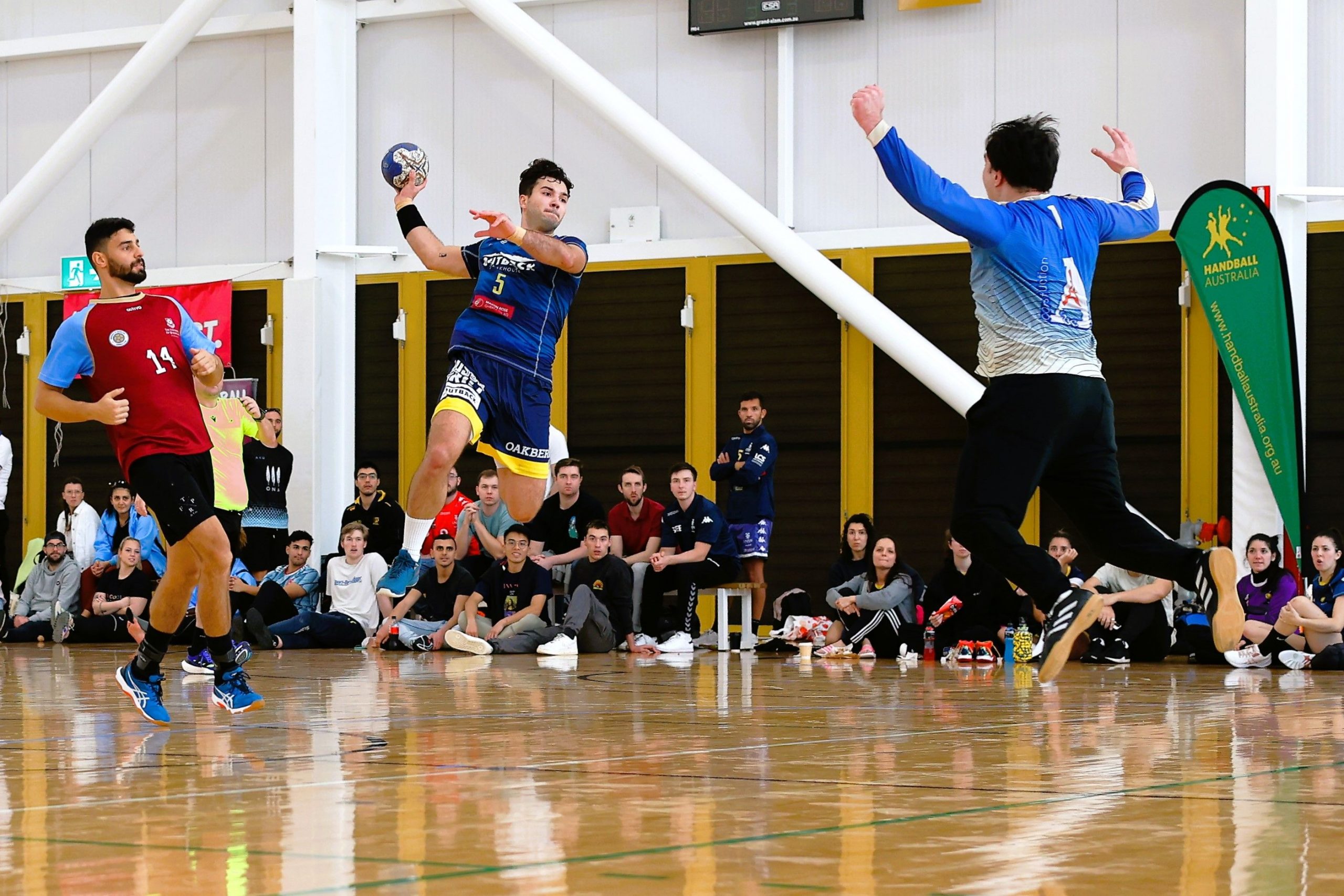 Sydney University Handball Club took out the 2022 Australia and Oceania Club Championships in both, the men’s and women’s, divisions on Sunday in Gold Coast.

Both teams blitzed through the competition undefeated.

In the men’s final, Sydney Uni defeated University of Queensland 26:21 (13:12 at the break) in a gruelling match that went goal-for-goal up until the last ten minutes.

Sydney Uni had several opportunities to put the game beyond UQ’s reach, much earlier in the match, but UQ’s goalkeeper Daniel Reid refused to give in. The teenager made a string of spectacular saves to keep his team in the game until the last few minutes.

Reid grew in confidence with every save, but his efforts went unrewarded as UQ’s attack began to stagnate in the second half.

UQ’s attack was bolstered by right wing Hamish Langenberg, who had an outstanding start to the game. The national team right-wing, who transferred from Brisbane HC earlier this year, made the best of every opportunity he had, scoring seven goals. A change in Sydney Uni’s defence strategy, early in the second half, managed to close down that option to UQ.

Sydney Uni too looked to their wings for goals. Sebastien Traverso from the right and Icaro Gregorio from the left kept their cool, even after being denied several times by Reid, to contribute 16 goals to Sydney Uni’s tally and help seal the match for their team.

In the third place play-off match, Canberra HC defeated UTS in a low-scoring match (20:18) to mark their return to competitive handball for the first time in nine years. Canberra won bronze at the 2007 Oceania Club Championship but disbanded it in 2013.

Canberra fought through five tough games to get into the final but, in the end, Sydney Uni proved too strong for them.

For Sydney Uni, Kimberly Horostecki had another match-winning performance in attack. Horostecki, who was Uni’s most reliable source of goals throughout the competition, led Uni’s attack once again, adding seven more goals to take her tally to 38 for the competition.

Horostecki’s performance was only matched by her teammate Stella Chinchilla who top-scored for the game with 8 goals.

In the clash for third place, UTS avenged their first-round 23:16 loss to Brisbane HC to take the bronze medal with the exact score line of 23:16.