Australia have arrived in Kumamoto, Japan ready to debut at the Asian Women’s Handball Championship, throwing off on Friday November 30. The event also serves as qualification for the 2019 IHF Women’s World Championship.

The core group have been intensively preparing for the event for two years, since the 2017 Busan International in South Korea.

“Busan, two years ago, was a great starting point and we have built as a team since, with a focus on increased individual skills and minimise unforced errors,” says Emma Guignard.

“We have played together longer, which shows in our timings and flow as a team,” adds Brianna Keyes. “Our focus this year is defence, with two 10-day training camps as preparation.”

Australia will compete in preliminary Group A, taking on hosts Japan, Kazakhstan, Iran and familiar rivals New Zealand. It is also New Zealand’s debut at the Asian Championship – and their first venture at a major international event outside of Oceania.

“The teams we will face are highly skilled and fast-paced. However, we are doing a lot of video analysis and have played some of the teams before in Busan, so we are well prepared with their style of play,” says Guignard.

Japan have claimed a medal at each of the three previous two Asian Championships, while Kazakhstan finished fourth at those same editions. They are expected to be the toughest opponents Australia will face – but the squad are positive about their chances.

“We are feeling confident and taking one game at a time. We believe in each other,” concludes Keyes.

Australia last played the IHF World Championship in 2013 before the International Handball Federation redefined the qualification pathway, which sees Oceania teams aiming to qualify for the World Championship through the continent of Asia. 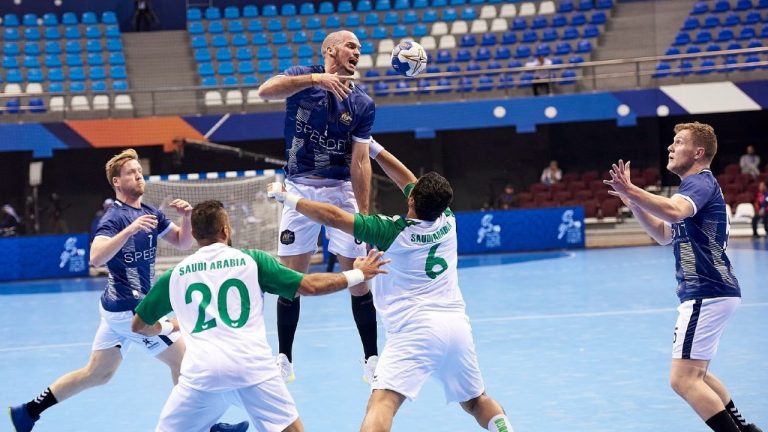