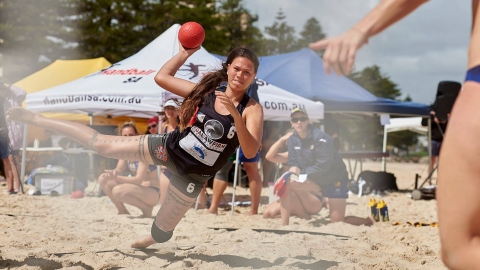 The 2018 Australian Beach Handball Open Club Championship was held over the weekend with great success. This year’s event in Glenelg, South Australia saw 33 teams from Australia, New Zealand and American Samoa take the sand to contest the mixed, women’s and men’s club divisions. The competition also served as qualification for the 2018 IHF Beach Handball World Championship, with Australia securing both men’s and women’s berths.

The Australia women’s team beat New Zealand and American Samoa, with the latter represented by their Under 18 squad as they prepare to contest the 2018 Youth Olympic Games. The local team showed their dominance within the continent through two 2:0 victories, thereby booking their place at what will be the Australia women’s team’s fourth consecutive World Championship. American Samoa beat New Zealand 2:1 to secure second place in the continental competition.

“What we need now is more Oceania federations to start playing. This was a great tournament here in Adelaide, and a great value with many games and experiences to be had. ASA will be here every year guaranteed,” said President of the American Samoa Handball Federation Carl J. Sagapolutele Floor Sr, who had high praise for the Australia and New Zealand teams: “These women are amazing athletes that I hope our girls will emulate. [They are] Awesome role models for our young girls.”

While the World Championship qualification provided reason to celebrate, there were also three titles to decide amongst the club teams. The Galahs, a team of players from Queensland and New Zealand, won the mixed competition ahead of the Bluebottles and Made in France. The Galahs had additional reason to celebrate, with three of their players taking the individual awards: Ryan Roselli was the top scorer, Tara van der Post was awarded best goalkeeper and Aminta Thomas was nominated MVP.

In the women’s competition, it was the Bluebottles from NSW who raised the trophy after a successful campaign, while the Galahs won the silver medal, and the Parrot Shawtys from New Zealand took bronze. Allira Hudson-Gofers contributed 95 points for the Bluebottles to be the top scorer of the women’s competition, Birte Josephine Biehler from Beachsters received the MVP award, and her teammate Manon Vernay was named best goalkeeper. 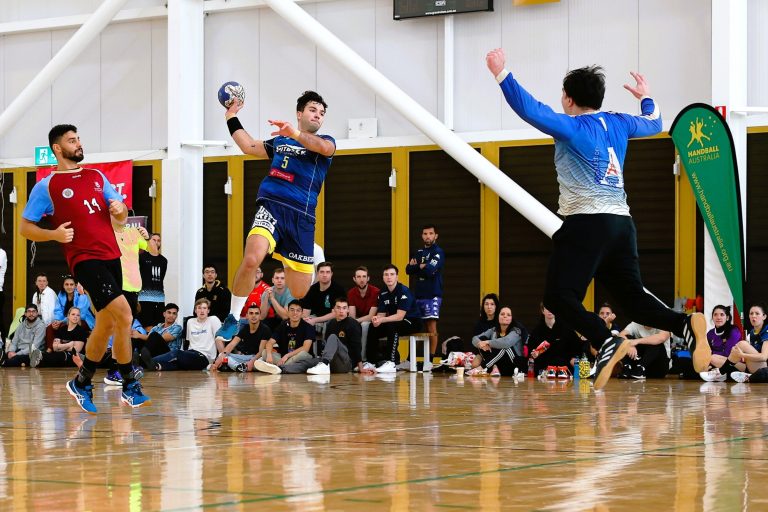