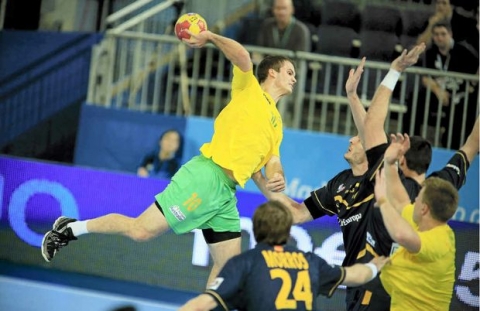 23 days ago Australia players Sebastien Traverso and Thomas Gerstch created a Go Fund Me campaign in the hope of raising money to subsidise the costs for athletes travelling to the Asian Men’s Olympic Qualification Tournament in Qatar in November.

At the time of creating the page, costs per player were estimated at $6,000, including flights, Tier 1 accommodation, to which Australia was automatically allocated, and the necessary playing gear for the tournament. Costs have now been reduced to $4,000 per player.

The campaign was quiet initially until an article published in HandballWoche caught the attention of 2015 EHF Cup and 2015 IHF Super Globe champions, Füchse Berlin.

“When we learned of the campaign, it was immediately clear to us that we would help here,” said Füchse Berlin’s Managing Director Bob Hanning in a press release on October 10.

“We know how hard it is to find partners for handball who are interested in advertising on the uniform and therefore we only had to think for a second to support Australia,” Hanning concluded, continuing to explain that the club first became aware of the funding situation within Australian Handball at the 2015 IHF Super Globe.

“In Doha we were able to make initial contact with an Australian handball team [Sydney University Handball Club]. Since then we have been aware that the players have to spend a substantial amount themselves frequently.”

Traverso, Gerstch and the rest of the Australian handball family have been amazed by the response since the Foxes joined the campaign.

“I’d be lying if I told you we were expecting such a success! We’re just overwhelmed by all the donations and support we’ve received so far.

“While the campaign started fairly slow, it all changed the day Füchse Berlin read about our story and decided to help out. I’d like to use this opportunity to thank them as well as all our donors, on behalf of all the players,” says Traverso.

A second $2,000 donation was received on October 11th, from Urs Akeret, owner of advertising agency artischock.net in Zurich. Donations have also come in from familiar names such as Olympic medallist Stefan Kretzshmar.

“The idea of running a crowdfunding campaign was pretty much our very last option to try and finance our trip to the Asian Olympic qualifier in Doha. Without any funding from the government or the Olympic Committee, the players were initially expected to cover all the costs, which would equate to about $6000 per player.

“Thanks to the generous response to our campaign and donations coming in from around the world we’ve now managed to bring the cost down to $4000….but as you can it’s still a fair way to go,” Traverso concludes.

With that in mind, Australia made the decision to increase the goal for donation amounts from the original $10,000 to $30,000.

The updated text on the Go Fund Me page reads:

“Every single Aussie dollar, Euro or Pound counts, and we have been thrilled to see our initial campaign goal reached so soon. But we are not done yet!

“Costs per player have been reduced but there is still some way to go to relieve the financial pressure on our athletes and help the Aussie Crocs put their best foot forward in November. Based on the generosity experienced so far, we have reset our campaign goal and hope the international handball family will help us on our journey.”

Support the Aussie Crocs campaign with the hashtag #thecrocsarecoming. 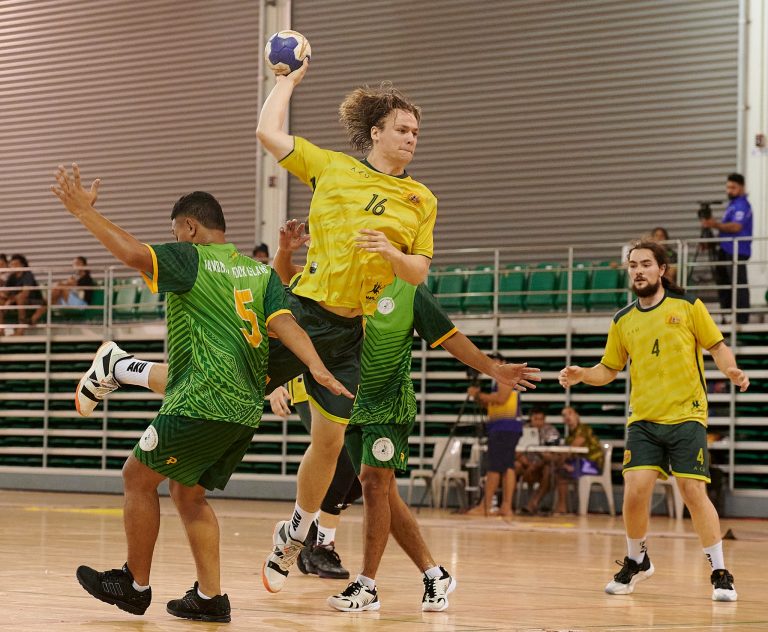